The I-83 Master Plan recommended a new interchange — Exit 26 at SR 921/Canal Road —to alleviate area congestion and improve traffic flow at Exit 24 to the south (SR 238/Church Road, Emigsville) and Exit 28 to the north (SR 297/North Susquehanna Trail, Strinestown). The proposed interchange is under review by PennDOT and the Federal Highway Administration (FHWA).

In February 2021, the York Area Metropolitan Planning Organization adopted a Project Prioritization List based on the I-83 Exit 24-28 Master Plan. The project list has two scenarios: I-83 Exit 26 approved and Exit 26 not approved. The list also identifies projects that can start before the two-year review and determination process and other projects listed in the master plan that should not advance for various reasons.

If Exit 26 is approved by PennDOT and the Federal Highway Administration (FHWA), the new interchange will take several years to fund and build. Meanwhile, development pressure in the vicinity of future Exit 26 will likely intensify.

The four municipalities adjacent to the Exit 26 impact area—Conewago, East Manchester, and Manchester townships and Manchester Borough—have proactively prepared a land use scenario plan for 2050, the approximate horizon year for interchange completion plus an initial 20-year period of operation. The impact area includes parcels within a five-minute drive of the proposed interchange, as well as adjacent areas identified by a steering committee.

The plan recommends land use revisions in Conewago and Manchester townships only. It also recommends continued coordination among the four municipalities regarding ongoing development under current zoning, multimodal transportation improvements to improve safety and modal choices for current and future area residents and workers, and infrastructure and community service expansion to serve this growing area.

The land use plan recommends municipal zoning updates to implement when and if Exit 26 is approved and funded, and after the project passes the environmental clearance stage. Rezoning sooner would be undesirable—it would allow development to occur prematurely, which would result in traffic congestion and safety concerns on roadways not yet improved to handle the increased traffic volumes.

As of March 14, 2022, the four municipalities adopted the I-83 Exit 26 Land Use Plan as an addendum to their respective municipal comprehensive plans. The addendum is a land use policy that is ready to implement if and when Exit 26 is approved and funded. If PennDOT & FHWA does not approve the new interchange or if sufficient funding is not committed for design and construction, then the plan would have no effect on future zoning.

The decision by PennDOT & FHWA is expected sometime in 2022.

This site is hosted by the York County Planning Commission, the administrators for the York Area Metropolitan Planning Organization, which is leading this multi-municipal study. 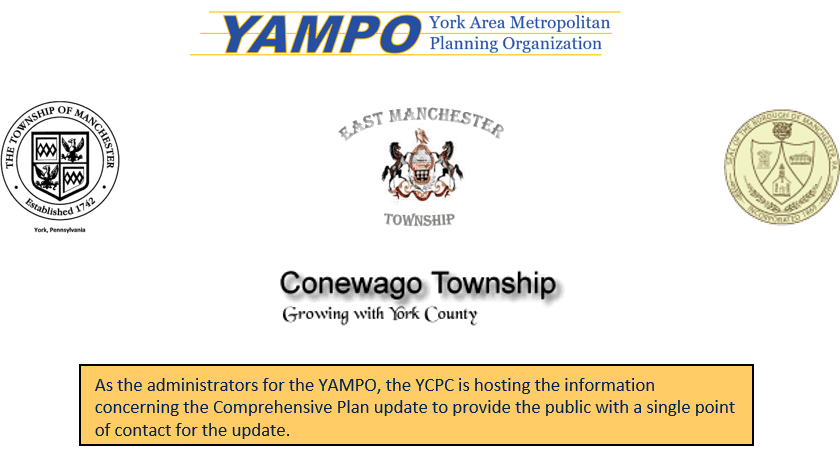 Decision by PennDOT & FHWA expected in 2022